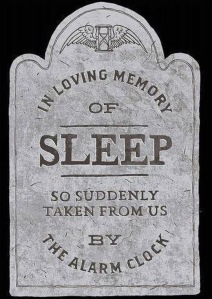 (I suggest putting on Ed’s song, that I have so kindly placed on the right side of your screen if you scroll  up a bit, before starting to read. I was listening to it while I wrote this.)

It’s really early in the morning. I’m in a kind of dreamy state, and all I keep thinking is: I want a man to love me. It’s funny, and I’m smiling, because that is so random. It doesn’t have much to do with my life at the moment. I’m sixteen, I’ve never been asked out, never been liked by a guy (as far as I’m aware), and that’s fine. I’m okay with being single. I have my entire life to know what it feels like to be in love.

This might all be because I listened to some very sweet love songs last night, right before I went to bed. Ed Sheeran has a few new songs out, and one of them is called “New York”. It is so sweet, and loving, and I want a man to call me darling like that, and tell me he will be there for me at the end of the night in the back of the taxicab. Come to think of it, I want a man who can sing Ed’s songs to me.

It’s five in the morning, which may be contributing to the fact that I seem to have no inhibitions right now. I don’t think I would have the guts to write the previous paragraph if I were fully awake and the sun were up. Good to know: never make important decisions at this hour.

I have to have certain tests done today, and you need to be awake for three hours before they’re done. And fasting. I don’t know which I hate more. Basically, my alarm was set for 4:45, and apparently knowing you’re going to have to wake up that hour makes it very hard to fall asleep. Funny story, I didn’t. Fall asleep, that is. I am so tired. As soon as the tests are over and I’ve gotten some food in me, I have to rush to school because I’ll be late as it is, then have a full day until 4:30. Odds are, I will be feeling so sick after just a couple hours that I will need to come home. Not sleeping doesn’t do wonders for Fibromyalgia. Surprise.

Okay, but I don’t want to talk about Fibro anymore. I wrote about my school trip that I mentioned in my previous post, but it was a disaster (the trip, not the post) and my family was having a really bad week, so in the end it didn’t come out so great because I was sobbing while I was writing it. It seems to be an occupational hazard. Basically, the trip was awful, my sisters were in a car accident, our Internet broke for a few days (starting the day of the trip and the accident- wonderful timing), and everyone just had a pretty bad week. I’m not so sure that not sleeping well, having a biology test, a literature test, having to study for a math test, and having biology classes on my day off  hold the promise of a much better week, I’m afraid.

But while we’re here, and my inhibitions are not, let me divulge more. I know I write well, and it’s my dream to write a novel (/finish one), but I don’t think I’m very good at writing fiction. Doesn’t that suck? I think it does. Right now I’m telling myself that is isn’t working because I don’t have a story to tell. You can’t force a plot, right? But I also have a hard time making characters believable, because I don’t believe them myself.  Maybe I need to meet more people.

The sun is starting to come up, and I don’t have much else to say. I want to have a really great life, with a really great man, who loves me. Oh, maybe that’s why! I just read a book called The Shoemaker’s Wife, and it’s a really beautiful love story (I cried hysterically at the end. It was ridiculous, but I couldn’t stop. My sister was trying to comfort me, and I said this and she’ll never let me forget it now: “I’ve known them their whole lives!”). Maybe that’s why I’m thinking about love. Put that together with Ed’s voice, and you get a romantic like myself dreaming whilst awake at 5 in the morning.

It’s just reached the morning, You’re still in my arms, Now we stop driving, Down the boulevard, And I just kissed you, darling, I hope you weren’t alarmed, It’s just the start of everything you want. –New York, Ed Sheeran

P.s. Anybody get the title reference?