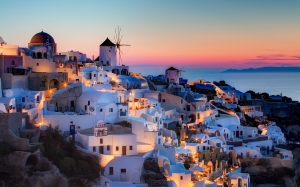 Where I call home.

The time has come for me to tell you all the truth. You deserve to know who I really am. My name is Isabella Petracca.

I haven’t been fully honest. I’ve kept something huge from you: I had a brother. It’s awful; I automatically say “had” when it’s really “have”. He’s not dead or anything. It’s just that my family doesn’t talk about him anymore. Not since…

Not since he was convicted for meddling in drugs. This was a couple years ago now, when he was in his early twenties and living away from home. I’ve always looked up to him, he was my role model ever since I was a baby. He was my big brother, and I thought he walked on the stars and the moon was his personal spotlight. When he was picked up by the police my family cut off all contact with him, and I was too scared to try and contact him on my own and go against my family. Now we just ignore his existence. I’ve been ashamed of what he did, and I’ve spent all this time feeling guilty, as though I played a part in his downfall. I know it’s preposterous, but that’s how I felt.

There’s a reason I’m telling you about this now. Because I don’t feel like that anymore. I was visiting family in the States (I live in Greece, in my dad’s hometown, and my mom is American) and I went with my grandparents to distribute food for the needy. My main worry was that I would get tired in the middle, and have a horrible headache and suffer because of the noise of the city. But then, I was handing sandwiches to homeless people, and they were joking and laughing and making everyone around us crack up. I realized something: if these homeless people are not ashamed of their lives and they are not embarrassed to tell people the truth about what they have gone through, there is absolutely no reason I should be ashamed of something my brother has done.

I can tell the world about my brother now, and walk with my head held high and the truth ringing in all of our ears. I have a brother. Maybe he doesn’t walk on the stars or have a close-knit relationship with the moon, but that doesn’t mean he’s not my family. The time has come for a change.

Thank you for listening to the naked truth of my life.

All of your flaws and all my flaws, they may have been exhumed, you’ll see that we need them to be who we are, without them we’d be doomed. –Flaws, Bastille

20.4.14: Hi everyone, I just wanted to make sure that it’s perfectly clear that this post was an April Fools Day joke! I am not Greek, I do not live in Greece, my name is not Isabella Petracca, I have never had a brother, I didn’t go with my grandparents to feed homeless people (though that’s a nice thing to do)… It’s all made up! I came up with it with a bunch of friends as a joke, but I figured that as it’s been so long since April Fools that it wouldn’t occur to anyone that it’s a prank. It is!

Well, have a nice day!